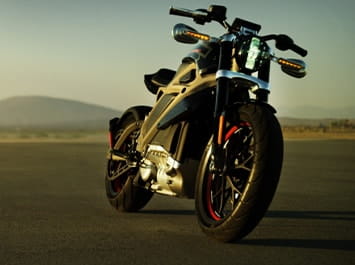 Harley-Davidson is a legendary brand that's left its mark on the history of motorcycling and American culture. Along the way, there have been dozens of models that have been of particular note.

Let's take a ride down memory lane and revisit some of these milestones.

A prototype of the V-Twin engine made its first appearance at the 1907 Chicago Automobile show. Then in 1909, its first production model was created. From that point on, the game was changed for all Harleys.

The 1909 5-D Twin was the first Harley with the 45-degree V-Twin engine design. It's this very engine that's responsible for the distinct potato-potato-potato-potato sound that's been Harley's signature for over 110 years.

The signature Harley sound  results from the fact that the V-Twins have two pistons connected to a single crankshaft pin. As a result, the pistons fire on every alternating engine rotation.

The rear cylinder fires after 315 degrees from rotation, the front cylinder then fires after another 405 degrees of rotation (an engine rotates a total of 720 degrees in the full 4 cycles. The result is a unique asymmetrical potato-potato sound.

The 1936 Harley-Davidson EL was a true game-changer in styling and performance when it debuted.

In 1930, Harley-Davidson began to market an inlet-over-exhaust and began producing sidevalve or V models. Unfortunately, this model had challenges. So, in August 1931, Harley-Davidson decided to build a "sump oiler" motorcycle with a recirculating oil system.

At the time, most bikes, including Harleys, had total-loss systems. These were engines that either burned through the oil entirely or just pumped it out. Recirculating oil systems were only being used in cars and high-end 4-cylinder bikes at the time. What the recirculating oil system added in weight, it made up for in both increased performance, engine life span, and was cleaner for the rider (no oil pumping out of the breather onto the rider’s legs).

Daytona Bike Week participants were the first to see the bike, before any public announcement. The FX Superglide in 1971 was the beginning of Harley's "factory customs." These bikes were very popular with customers and soon became highly prized items among Harley enthusiasts.

Some distinguishing characteristics of the FXS included its low seat height, raised white lettered tires, drag bars, mag wheels, and a frequently replicated two-into-one slash-cut exhaust. It was a smash hit and inspired Harley to continue the trend of making more custom models.

A significant part of the Low Rider’s appeal to many riders was its low seat height, sitting under 26” from the road. Put it together, and you had a bike unlike any other made by Harley. Its appeal was instantaneous, and its impact was long-lived.

The FL made its first appearance in 1941. It used a 74 C.I. version of the engine that powered the EL. It also shared a frame with the EL. The model remained fundamentally the same until 1948 when both it and the EL were given Panhead engines. These engines benefited from several upgrades: self-adjusting hydraulic lifters and aluminum cylinder heads that made for a lighter bike and improved cooling.

In 1949, the FL was given a front suspension that included hydraulically damped telescoping forks. These became standard for all big twin models. That year, Harley-Davidson began to use the term "hydraulic front ends" in reference to these bikes, which was far more cumbersome than the name they later settled on in 1950, "Hydra Glide".

The FLT had a five-speed transmission, and frame-mounted fairing. The bike also had reduced vibration thanks to rubber isolated motor mounts.

What makes the Softail unique is that its rear suspension shock absorbers are hidden, and the triangular swing arm resembles a rigid frame motorcycle.

The Harley-Davidson softail frame is designed to look like the rigid frame bikes of the past, while still having the comfort of rear suspension. As a result, this model perfectly embodies Willie G. Davidson’s phrase, “Form follows function, but both report to emotion”.

There have been many Harley-Davidson models with the Softail frame, including the Softail Standard, Custom, Springer Softail, Heritage Softail, Heritage Springer, Night Train, Deluxe, Deuce, Fat Boy, Softail Slim, the Dark Custom Cross Bones, the Dark Custom Blackline and Breakout. The 1984 Softail is of particular note because it helped debut the Evolution® engine and is credited with saving the company.

Launched as a production motorcycle for the 2020 model year, the LiveWire™ is Harley-Davidson’s first fully electric motorcycle capable of 0 to 60 in under 3 seconds, 105 hp, and a range of 146 city miles.

The LiveWire™ includes a new collection of technologies. A fully adjustable suspension allows for comfort and precise handling no matter what your riding style may be.

Each of these bikes is unique in its own way, but they're also a part of the same trajectory: a dedication to making the best bikes around. The proof is in the riding. 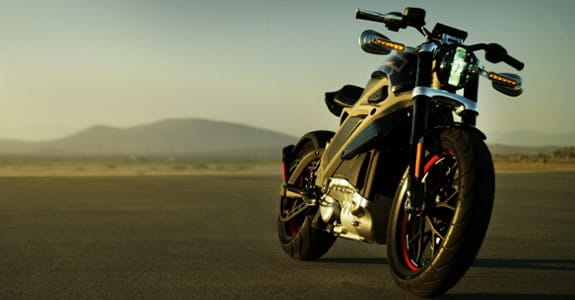