This is Your Brain on Riding 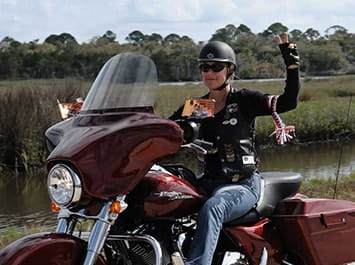 We all know riding a motorcycle makes you feel happy and calm. But, can scientists prove it? Harley-Davidson commissioned the University of California, Los Angeles (UCLA) to do just that.

64 riders of various ages and experience levels were subjects of the research, which was led by UCLA neuroscientist Don Vaughn.  It began with a series of interview questions where the scientists got into their heads. Why do you ride? How does it make you feel? Scientists were after the parameters to measure: attention, focus and calmness.

Next it was time for the physical testing. The riders were outfitted with a skullcap swarming with electrodes. Scientists worked to establish a baseline of brain activity to measure against.  Riders were then peppered with a series of predictable beeps to train their brains to the sound. Then, they threw in curve balls to detect deviations.

Donning DKG chest pads to detect changes in electric waves and pulses of their hearts, the test subjects traversed one of California’s most exhilarating roads on their own bikes. They were given lots of marching orders: Don’t blink. Don’t clench your jaw.

Establishing a State of Relaxation

Four times throughout the experiment participants were asked to sit in a state of relaxation while periodically spitting into a plastic vial. Scientists tested the saliva for adrenaline and testosterone, which flow from the brain in high-stress situations like motorcycling.

After trips to the bathroom for urinalysis, participants either rode their motorcycle or drove a small SUV to compare experiences of riding a motorcycle versus driving a car. Scientists randomly selected who did which activity first, but everyone did both.

Periods of riding and driving were followed by intermittent spitting, voiding and relaxed sitting. Scientists were on the hunt for lingering mental or physical effects of motorcycling.

After two weeks of 12-hour testing, Dr. Don and his team returned to UCLA to analyze the data, and reported the following results:

We didn’t really need a bunch of scientists to tell us that riding a motorcycle is the epitome of calm and happiness, but the validation feels as good as cruising the open road.

A version of this story originally appeared in HOG magazine and was written by Steven Richards. 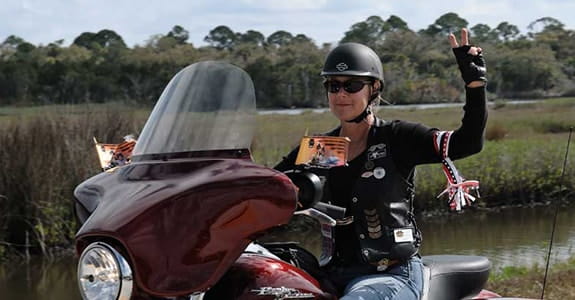