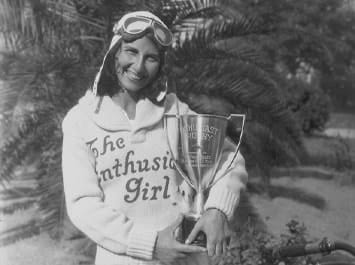 She was featured on the cover of the November and December 1929 issues of the Enthusiast™ magazine. Arthur Davidson called her “The Georgia Peach.” And newspapers across the country were hailing “The Enthusiast Girl”.

Yet today, few people know who Vivian Bales was and what she meant to the Harley-Davidson Motor Company.

In the late 1920s, Vivian embarked on a cross-country motorcycling trip that would make her one of the first great women riders, and Harley-Davidson remembers the goodwill she spread while touring the country on her 45 cubic inch twin D model.

Vivian Bales was born in January 1908 in Wacissa, Florida, where her parents had moved briefly so that her father could convalesce comfortably after experiencing a tuberculosis scare. Around the time that Vivian turned two years old, the family moved north to the city of Albany, Georgia, from whence they had originally come.

Her father worked odd jobs to keep the family afloat before opening up a rent and collecting agency on the second floor of a shoe store, while her mother kept busy around the house. Vivian learned about sewing, quilting, crocheting, embroidering, and other handwork from her mother, who was very skilled at crafts.

She worked with insertion lace, made bridal gowns, and designed original patterns for Vivian’s and her younger brother Charles’ clothing. In addition, Vivian became interested in woodworking, and she made all kinds of furniture, including a four poster bed and a chest of drawers, that would hold up successfully for decades.

From kindergarten until her high school graduation, Vivian took an interest in singing, dancing, and general entertaining. She took dance lessons throughout school and went to see every traveling production that happened to pass through Albany, including the Russian Ballet at one point.

After graduating from Albany High School in 1926, Vivian voiced her interest in teaching dance to the city’s Superintendent of Schools, who allowed her to recruit young students from the grammar school wanting to take dance lessons. She then organized a major recital in which she pulled the curtain, called the steps, and directed the orchestra, all to a sweeping success; she made $300, which was a lot of money at the time.

This extra money lit a spark in her – why continue to travel around town on her family’s horse when she could cover more territory on a now-affordable motorcycle? For her the answer was obvious, and in 1926 she purchased a Model B single, her first Harley-Davidson® motorcycle.

Vivian knew close to nothing about riding motorcycles, and it took some time for her to learn how to kick-start the bike on her own at 5’2” and weighing 95 pounds. A friend of hers who had ridden motorcycles spent some time teaching her how to crank the bike, and soon enough, Vivian became known all over Albany for being the girl with the motorcycle.

She soon made her first “big trip” with Josephine Johnson, her best friend from high school, to visit Josephine’s sister who lived in St. Petersburg, Florida, which was well over 300 miles from Albany.

The local Harley-Davidson® dealer in St. Petersburg was fascinated by Bales’ story, and arranged for it to be featured in the St. Petersburg newspaper and eventually the Atlanta Journal. Inspired by her successful trip and eager for more adventure, Bales decided to trade in her single for the new 1929 45 cubic inch twin D model, which she described as a “real honey”.

Empowered by her new bike, she wrote to Hap Jameson, editor of the Enthusiast magazine, telling him that she’d like to make a solo trip north on her bike to visit the factory in Milwaukee. Although Harley-Davidson wouldn’t officially sponsor the ride, they penned Vivian “The Enthusiast Girl”, and provided her with sweaters that proclaimed this moniker.

Bales’ famous ride took place in the summer of 1929 and was featured in many national publications, as well as the Enthusiast™ magazine. In each of the towns she passed through, Bales would meet local dignitaries and Harley-Davidson® dealers, most of whom would volunteer to support her on her ride. She even met President Hoover!

Following her famous ride, Bales continued motorcycling, and performed stunt riding at motorcycle races in Tallahassee, Florida. Although she never purchased another motorcycle, Bales stated that her Harley-Davidson experience remained one of the most significant of her life.

It was so significant that before Vivian Bales Faison passed away on Dec. 23, 2001, three weeks shy of her ninety-third birthday, she requested that a motorcycle procession be at her funeral. Her request was organized through and carried out by Flint River Harley-Davidson® of Albany.

For the “Georgia Peach”, this was a fitting final expression of the free spirit that Vivian and all Harley-Davidson® motorcycle riders represent. 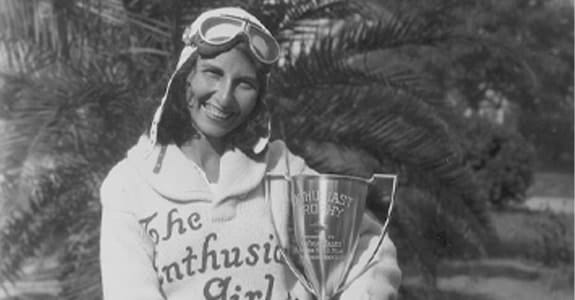