Shooting the wide-open road: Life as a motorcycle photographer 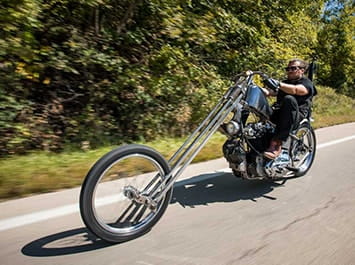 Resting in a sleeping bag under the stars one night and in a mansion the next, this is the unbound life of Josh Kurpius. He’s a lifestyle motorcycle photographer who lives on the open road while documenting the diverse and dynamic H-D riding culture.

“People from all walks of life love Harley-Davidsons,” says Josh. “That’s why I’ve had such a rich, colorful life.”

Mention the word “studio” to Josh and you can almost hear him long for the open road like a sailor on dry land missing the sea. Josh was trained as a photographer, so he has the chops for studio work, but his passion lies in capturing riders in their natural environments. He blazes the country on a custom bike he built with his bare hands to reveal raw and real moments of authentic bikers.

Being a rider and a builder gives Josh an edge as photographer. Riders trust and respect him, so they let they him in. When their walls come down, Josh picks up his camera.

“I don't stick my camera in people’s faces,” says Josh. “They feel comfortable with me and often forget there’s even a camera around.”

Every day is different for Josh. One day you’ll find him shooting a tour-guided road trip with Jessica Wise, head of the Litas—a motorcycle-riding group for women. The next day he’s covering a chopper show in Belgium. He recently took behind-the-scenes pictures of famed pro-stock racer, Angelle Sampey, while dining on crawfish with her family and making slime with her daughter.

The making of a nomad motorcycle photographer

It was the days of darkrooms when Josh first got into photography. His mom bought a camera she never got a chance to use because Josh fell in love with it.

Making the connection between creating art with his hands and photography Josh says, “I fell in love with the process of developing film.”

Josh has been into creating art since he was in high school. As he grew more interested in working with machines and metal, sculpture and painting gave way to making motorcycle parts.

Around the same time Josh was learning photography, his dad took him to the curviest road he could find and taught him how to ride his FLH 1969 Electra Glide.

“My dad had the philosophy that you might as well go big at first because everything is easier after that,” says Josh.

When his dad retired from his painting business and took up machining and welding, Josh had all the tools and materials he needed to make the bike that is carrying him on a storied career.

After getting a divorce and graduating from Columbia College in Chicago for photography, Josh shook up his life. On the bike he fashioned from his dad’s machine shop and his mom’s camera hanging from his neck, Josh hit the road and never looked back. He was immersed in the on-the-road culture when Harley-Davidson called.

“Traveling has changed me,“ says Josh. “Traveling teaches you about humanity and yourself. I’m more open-minded.”

According to Josh, Harley-Davidson’s support of his work is a part of the manufacturer’s marketing strategy to shift more focus from orchestrated studio shots to spontaneous images that bring the brand to life. H-D’s plan is to continue to invest in the lifestyle approach, which is great news for Josh. At only 37, he shows no signs of letting up on the throttle or the shutter anytime soon.

*This blog contains real people with real motorcycles.  Their views and actions are their own and are not endorsed by Harley-Davidson. 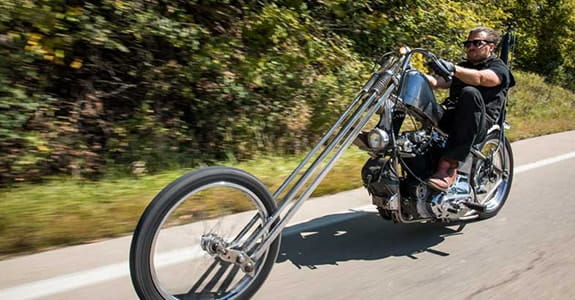