Finding the MIA: Meet the Military Bringing Home Our Vets 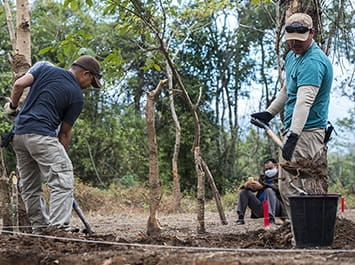 The saying goes “you never leave a fallen American behind.”

On May 10, 1966, an airman stationed at Vietnam Paku Air Base went missing. He was last seen leaving the base in a jeep with ammunition, which his fellow soldiers found abandoned on the highway. Eyewitnesses said he was captured by the enemy and held for two months. He tried to escape two or three times, so his boots and glasses were taken. One night during one of his routine trips to the bathroom, the guard fell asleep. He was able to get away until they found him and shot him. His remains have yet to be found.

According to the Defense POW/MIA Accounting Agency (DPAA), 83,000 vets are still missing from wars dating back to WWII, but they are certainly not forgotten. This Memorial Day weekend more than 1 million riders and spectators will descend on our nation’s capital for the Rolling Thunder ride to remind people of the men and women who haven’t made it home. While hundreds of thousands of motorcycles roar in remembrance, the men and women of the DPAA work quietly and steadfastly to lay to rest the veterans who are Missing in Action. They refer to their sacred work as fulfilling a promise.


The 600 sailors, airmen, Marines, and civilians with specialized skills who comprise the DPAA work tirelessly here and around the world—in the rice patties of South East Asia, the Korean peninsula, 16,000-ft. mountain tops in the Himalayans, underwater sites in New Guinea, and battle zones from WWII—to identify and recover the men and women like the airman who are still missing.

In the case of the airman stationed in Vietnam, the DPAA obtained evidence that the enemy had buried him on the edge of the camp’s garden, but after three weeks of grueling, monotonous digging and sifting at the site, they couldn’t find any physical evidence of his remains. However, leaving empty-handed is not always the end result for the men and women of the DPAA. Here’s a growing roster of the military who have been recently recovered http://www.dpaa.mil/Our-Missing/Recently-Accounted-For/.

How a Recovery Begins

Like police investigators try to close a cold case, the DPAA begins by collecting as much evidence as possible from one of their three offices in the United States:

If enough evidence is discovered, the DPAA will travel to the area in question to investigate further. If the connections are made, crews led by archeologists converge on the area and work tirelessly for a number of weeks or months in the hopes of helping families find closure and the military to fulfill its promise of never leaving an American behind.

After evidence is recovered, it’s transferred to the DPAA lab. The biggest challenge facing the DPAA is the lack of DNA samples available to confirm the identity of the missing. The DNA is often critical to knowing with certainty. The DPAA encourages anyone who is a relative of a service member who’s still missing to donate their DNA to the DPAA to be used to identify the missing. 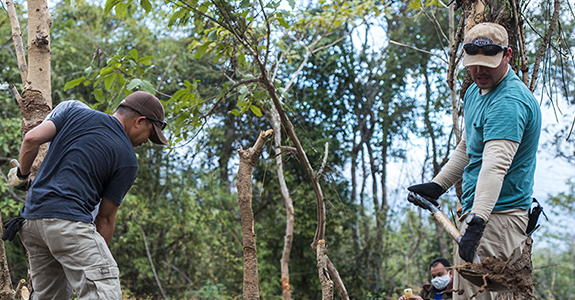