How To Improve Motorcycle Safety With GPS Navigation 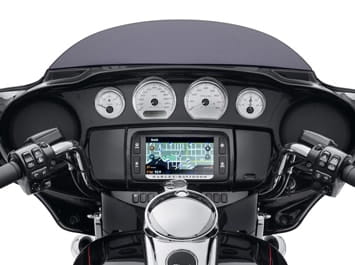 To its critics, GPS navigation is a distraction, eliminates the elemental joy of riding a motorcycle, and has spawned a generation of idiots who might know where they’re going but have no clue where they are. It’s indicative of all that’s wrong in our modern technologically riddled world.

To its defenders, GPS navigation provides directional certainty, greater safety, and an overall more enjoyable motorcycling experience. It has solved far more problems than it has created.

“I just installed GPS on my H-D® Softail® last night. Going to try it for my trip to Sturgis this year.”

“Time will tell whether it was a good investment or not.” –SCOTT M.

“Without time constraints, I still prefer to lay out a map and pick a route that looks interesting and avoids interstates.” –RANDY W.

“When my satnav system died, I realized rather quickly that I had become way too reliant on my GPS!” –PAT S.

“With my ability to easily get lost, I absolutely, positively, must be tech connected!” –ART H.

“As the saying goes: “It’s not the destination, it’s the ride!” –BOB AND KATHLEEN A.

“A few years ago four of us decided to explore the Rockies. My friend generally took the lead as he wanted to use his GPS. He spent the majority of his time staring at that damn thing, while the rest of us enjoyed the spectacular scenery.” –RAT S.

“I heard a wise man say that “Technology is a great servant, but a horrible master.” I love using it when I need it but even if you’re connected, you still control the power button, and always have the ability to turn it off.” –ERIC J.

“Lost riding a Harley! People dream about that opportunity. Be reassured, the sun rises in the east and sets in the west.” –GREG R.

“GPS shows me those 90-degree or horseshoe turns that lie ahead.” –DENNIS L.

In the roughly 20 years since portable GPS units began providing global positioning for civilian use, human navigation has transformed. Most say this transformation is for the better, but others aren’t so sure.

Mostly gone are foldout maps and tired old jokes about men refusing to stop at gas stations to ask for directions. With the ubiquity of smartphones and infotainment systems, we now know the fastest route to Grandma’s house, the closest chain restaurant, and exactly how many minutes until we arrive home.

“The problem with GPS is the same as the problem with changing the radio station, reaching for a bottle of water, or any of the other potential distractions from fully focusing on riding,” says Ray Petry, project manager of the Harley-Davidson® Riding Academy and someone who uses GPS navigation on his 2017 Road Glide® Special motorcycle. “We’re not really multitasking; we’re switching tasks.”

“If we’re going to switch tasks (and let’s face it, most of us will switch tasks for a moment, like checking to see the distance until our next turn), then we need to do it as proficiently and safely as possible.”

For Petry, motorcycling with GPS can be safe and enjoyable if used correctly.

Master the GPS functionality before you ride

If there’s one point to be made about using any feature of a motorcycle, including navigation, it’s that we need to master it before using it while actually riding. That means practicing while parked.

“None of us should learn to use a navigation system while we’re riding,” says Petry. “Instead, sit on the bike while it’s parked, and work with it until you’ve become an expert with its functionality and control. Only start using it on the road after it’s become second nature.”

For Petry, this is no different than the elemental aspects of motorcycle operation. “When we’re learning to ride a motorcycle, shifting gears takes a lot of concentration, to the point that riders aren’t paying adequate attention to the road ahead,” he says. “Changing lanes is another. These tasks are clunky until we’ve mastered them.

“So when I instruct new riders, we’ll practice lane changes until it goes from clunky – where they have to really focus on the task – to being more automated. It’s the same with shifting. After enough practice, it becomes automatic. The same should be true for your motorcycle’s navigation and sound systems.”

Safely riding a motorcycle requires us to pay attention to our riding environment, including the road, motorists, pedestrians, animals, and any potential hazard. Yet safe riding isn’t just paying attention; it’s prioritizing what we pay attention to.

According to Petry, this is how we should prioritize our attention when riding:

Notice that “Looking at my GPS to see how many miles until my destination” isn’t among the top three and for good reason, according to Petry: “In my opinion, we shouldn’t remove our attention from riding for longer than a half-second, otherwise we’re violating our attention priorities.”

But what to do if you need to spend a couple of seconds looking at your GPS? “Get off the road completely,” he says. “Not just pulling over onto the shoulder. Go to a parking lot or a residential street where you can be completely stationary and away from busy traffic. Spend the time you need to recalibrate yourself or the interaction with your GPS before getting back on the road.”

As a user of GPS navigation on his Road Glide Special model, Petry has firsthand experience with the technology. His experience has taught him key lessons for safely using his navigation system.

“First, avoid diverting too much attention to the GPS while in motion,” he says. “If it requires more than a simple glance or toggle-switch command, save it for when you’re at a stop or stop to adjust. And always program your destination into the unit before you’re in motion.

“Second, whenever possible use the system’s audio technology to transmit the audible directions either through your bike’s sound system or headset speakers.

“And third, GPS is simply a navigation aid. Don’t hesitate to ignore an instruction if a situation ahead takes priority. In other words, don’t turn right if there is no right.”

For Petry, receiving audible directions is less distracting than following a route on a screen, thus allowing him to maintain his attention priorities noted previously.

Harley-Davidson offers multiple navigation products, from the BOOM!™ Box Infotainment System on select motorcycles to standalone GPS units that can pair with Bluetooth-enabled headsets and speakers. Your local Harley-Davidson® dealer can help explain all of the options.

The end of the world as we know it?

For those who believe that GPS navigation is proof of the end of the world as we know it – and that such technology is unsafe – it’s important to accept that the “good old days” might not be as safe as we remember.

Petry certainly recalls: “Before GPS, I’d create a route direction list that I’d write on tape or paper, and affix to my bike’s windshield or tank. Reading that list took more concentration away from riding than looking at a GPS screen or hearing audible directions.”

He also remembers missing turns and making last-second maneuvers to correct them. Conversely, with GPS when you miss a turn or modify your route it automatically reroutes you.
“With GPS, you’re never lost,” Petry says. “Yes, you can miss or make a wrong turn, but there’s no need to panic because the system will reroute you. So there’s no need to make an unsafe last-second maneuver just to stay on route.”

No doubt it’s still useful to utilize state maps (printed or online) when preparing a trip to see a route in the context of something larger than the road you’re on. You’ll create a mental snapshot of the map, which will be useful and enjoyable while you’re riding.

Get lost and take the long way home

Ask yourself what you love about motorcycling. If the answers include freedom and adventure and discovery, then do yourself a favor and unplug from technology while you’re riding whenever it suits you.

“GPS route suggestions usually default to providing the fastest route rather than the most interesting one,” says Petry. There are new discoveries to be made simply by taking the long way. And some of our most memorable riding experiences occur when we get lost. So occasionally get lost and take the road less traveled.

Final thought: Navigation should add to our enjoyment and safety of riding, not detract from it.

A version of this post appeared in H.O.G.® magazine. 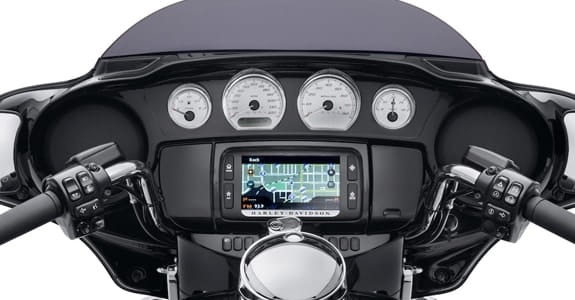