How Motorcycling Has Changed Throughout the Years 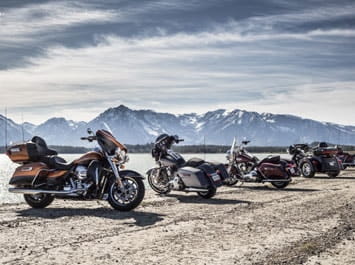 Motorcycles hardly resemble their original forms, and not just because technology has come so far. Instead, change has been driven by the different uses and demands placed upon bikes that inspired manufacturers to adapt and change.

From their early days as penny-farthings with steam engines hooked up to them to the present when brands experiment with eco-friendly designs and safety measures, motorcycles across all brands have come a long way!

What is the history of the motorcycle?

The first motorcycles traced their roots to 1867 when a small steam engine was fitted to a bicycle by Ernest Michaux, the son of a Parisian blacksmith named Pierre Michaux, who was responsible for some of the earliest bicycle models. Around the same time, Sylvester H. Roper of Roxbury, Massachusetts, had affixed a coal-fired boiler to a bicycle. Tragically, Roper died showcasing one of his machines in Cambridge, Massachusetts on June 1, 1896. But the seed had been planted!

Independently of Roper, 1868 saw a French engineer named Louis-Guillaume Perreaux patenting a single-cylinder machine that employed a steam engine that used an alcohol burner with twin belt drives. It wasn't until 1871 that Perreaux's machine was operable, though. Finally, 1881 saw Phoenix, Arizona's Lucius Copeland assembling a steam boiler that could power a penny-farthing, a bicycle with a little wheel in the front and a big wheel in the back.

Of these different makes and models, Copeland made the most significant contribution to the history of bikes. He would go on to found the Northrop Manufacturing Co. in 1887, which produced the first functioning "Moto-Cycle" (it had three wheels). Copeland produced 200 "Phaeton steamers". They could go upwards of 10MPH after building up steam for 5 minutes. Copeland made a 120 mile round trip to Atlantic City to showcase his creation. By 1891, however, Copeland retired because his business wasn't profitable enough.

Before Copeland's Phaeton steamers, there was another three-wheeled moto-cycle known as the Butler Petrol Cycle, first manufactured by Edward Butler of England in 1884. With a liquid-cooled engine, riders controlled the bike's speed with a throttle valve lever, and the Cycle was stopped using a foot-operated lever that raised and lowered the rear driving wheel.

Unfortunately, like Copeland before him, Butler was unable to achieve commercial success.

Soon, however, bicycle manufacturers began outfitting their products with internal-combustion engines, with brands even achieving sustainability. In 1898, for example, Peugeot Motorcycles showcased one of their first models, and they remain the oldest motorcycle producer around the world.

In 1902, the English brand Triumph put out its first motorcycle, giving birth to one of the oldest bike makers in the world. 1901 also saw the birth of the famed Indian Motorcycle Manufacturing Company, which, while currently owned by Polaris Industries, still has its traditional look manufactured with modern designs. In 1903, Harley-Davidson began making bikes as well. All of these brands were further pushed to advance their technologies thanks to the rising popularity of motorcycle racing.

The First World War saw an uptick in motorcycle production as bikes replaced horses as the primary method of delivering transmissions to front line troops. By the conflict's end, Harley-Davidson was dedicating over 50% of its manufacturing toward the war effort.

Meanwhile, Triumph had sold over 30,000 bikes to the allied forces. A 499-cc air-cooled four-stroke single-cylinder engine was outfitted onto the Triumph Model H and was sold en masse to the military. The model, which lacked pedals, is thought of as the first modern motorcycle. It earned the nickname "Trust Triumph" because of how beloved it was.

After the war, motorcycle manufacturing blew up. By 1920, Harley-Davidson became the biggest producer in the world, with their bikes sold in 67 countries. The herd thinned, however, and by 1931, Indian and Harley-Davidson were the only US sellers with commercially produced bikes. In England, meanwhile, there were over 80 manufacturers. War once again drove manufacturing, with companies such as BSA selling 126,000 units to the British from 1937 to 1950, thanks to the Second World War.

Once the war ended, many American veterans found solace in biking, an activity that provided numerous therapeutic benefits. In Europe, meanwhile, motorcycles proved to be a suitable alternative to automobiles. The Vespa, for example, was born in 1946, and its manufacturer Piaggio enjoyed great success.

The global motorcycle market was dominated in some regions by British makers Triumph, BSA, and Norton, and elsewhere by Japanese makers such as Honda. The 50s saw the birth of popular Japanese brands such as Suzuki, Kawasaki, and Yamaha, which quickly eclipsed British manufacturers.

Harley-Davidson enjoys much popularity in the US, BMW, Triumph, and Ducati are popular globally as well. Bikes, in the form of scooters and mopeds, are widely employed in South America, Africa, and East Asia.

Many of the features we associate with modern bikes trace their roots far earlier than you may think, while others are quite modern.

When bikes first entered the market in the early 20th century, brakes were found on the back wheels only. The first front-wheel brakes were added in 1928 by Harley-Davidson, driven by the increasing speed and power of bikes.

In 1972, federal regulations began to dictate where the control on bikes must go, which made it easier for people to hop from bike to bike irrespective of their manufacturer. Before that year, the clutch, brakes, and turn signals could go wherever the makers pleased to put them.

In the 80s, more stringent regulations, courtesy of the Environmental Protection Agency, forced manufacturers to start using sensors to make sure fuel was consumed at a more efficient rate.

So brakes wouldn't lock up after sudden braking, Antilock Braking Systems (ABS) became standard in the late 80s. In 2014, BMW began to install "cornering ABS", which kept wheels from locking up when they were applied when rounding corners.

These days, bikes continue to evolve, mostly with safety measures and a more environmentally friendly approach.

Although used by professional racers, airbag technology has yet to make it to everyday riders. There have been developments in the arena of vests that deploy personal airbags if there's an accident, however.

Traction control is meant to protect against skidding. The bike's ABS tracks the speed of wheel rotation. If the wheels are operating with a high enough discrepancy in their speeds, the traction control kicks in and slows the amount of juice going to the rear wheel (the wheel most likely to lose traction since the engine powers it). This improves stability.

Dynamic brake lights utilize a two-stage brake light system and are designed to activate based on how aggressively the bike is coming to a stop. In the case of many dynamic brake light systems, the bike turns on one set of lights when braking at an ordinary speed, and another set of lights gets turned on in the event of a sudden stop or as the rider comes to a complete halt. This way, others on the road can take appropriate measures and you are more likely to be seen.

Looking toward the future of motorcycling

Hubs are soon to be a thing of the past! Instead, wheels will use a rigid inner ring that goes on the wheels rotating component. This reduces stress on the bike, improves steering accuracy, and creates less vibration.

As the demand for environmentally friendly bikes increases, manufacturers are developing electric motorcycles and hybrid bikes, which combine combustion engines with electric motors. At this moment, only some bikes are this eco-friendly, but soon enough, they'll be more widespread.

Ever wanted to check in on your bike while sitting in a restaurant or partaking in your favorite bike rally event? Harley-Davidson is leading the way with their H-D™ Connect product. It uses built-in cellular connectivity and GPS to keep you in the know with bike status, notifications and alerts.

Bottom line on the evolution of the motorcycle

Motorcycles have come a long way since their early days as steamboat powered bicycles. They've gone from replacing horses to displacing cars in many parts of the world and becoming indispensable parts of many cultures.

We can only expect riding to advance further, with more people hopping aboard the beloved pastime and viable mode of transportation. Everybody wins when everybody rides! 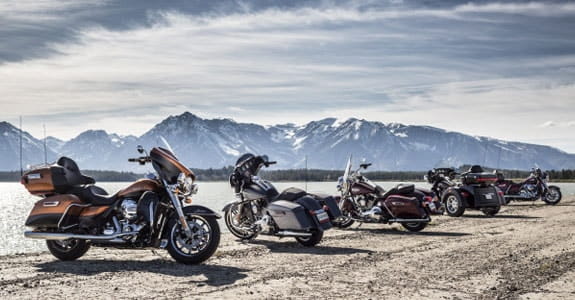