Tips from H-D techs: Winterizing your ride for storage 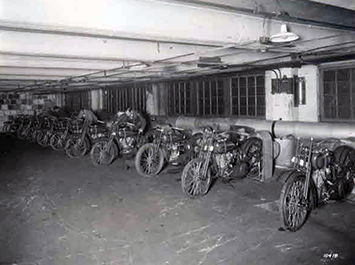 Harley-Davidson® motorcycle riders are known for their rituals. Those ritualistic tendencies definitely come out when the riding season draws to a close. Most riders take one last big epic ride before they park their bikes for the winter. Maybe it’s Hogfest, or a long, windy road on a fall day. Maybe it’s the same ride every year, or it’s something completely different. No matter what, it’s bound to be rooted in ritual. Then, once they’ve said their proper goodbyes to their babies, it’s time for another ritual: putting the bike away so it’s ready to ride the second the birds start to chirp in the spring.

Ironically, when riders are winding down and settling in for the winter, Harley-Davidson dealers are gearing up for the influx of owners who rely on dealers to winterize and store their bikes, and build their dream machines while the snow falls.

“Riders started bringing their bikes in for storage and custom design work right after Labor Day,” says Dave Nagy, assistant service manager for Wolverine Harley-Davidson in Michigan, where they’ve seen an uptick in demand for storage. “We already have about 20 bikes, and we expect to store over 500 bikes this season,” he said.

Some riders see winter as the ideal time to make enhancements to their bikes that they’ve been meaning to get done. They drop their bikes off in the winter and pick up their transformed custom pieces in the spring. Nagy says riders appreciate not having to pay until pick-up time. They also work out winter payment plans with customers who prefer to pay bit by bit as time goes by.

If you just want to pay to store your bike for the winter, you’re looking at around $319, according to Nagy. In addition to storing it, they’ll take care of all the necessary steps to make sure your ride is ready to go when the getting is good.

If you’re going it alone, here are tips from Nagy on how to prepare your bike for winter storage:

Harley-Davidson has almost 700 dealers across the country with the capabilities to winterize your ride and store it so it’s safe and sound and ready to roar in the spring. But, if you want to go it alone, make winterizing your ride a yearly ritual so you can spend less time in the garage and more time on the road. See your motorcycle’s owner’s manual for additional instructions and steps to follow when placing or removing your motorcycle from storage. 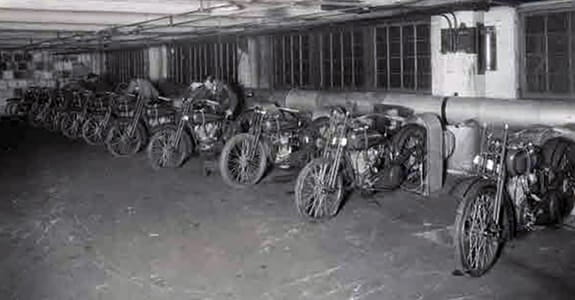